The prairies of North America are among the most threatened terrestrial ecosystem on the continent. In particular, increasing demands for corn and soybean production have led to subtantial conversion of grasslands to row crop agriculture at the western edge of the U.S. Corn Belt in North and South Dakota. Much of this change is occuring within the Prairie Pothole Region, which has a high density of shallow wetlands and provides critical habitat for numerous migratory bird species. Grasslands provide multiple ecosystem services, including the maintenance of diverse pollinator communities, long-term carbon sequestration, prevention of soil and nutrient loss, and protection of water quality. Loss and fragmentation of grassland cover reduces the amount and quality of habitat for a variety of species including amphibians, butterflies and birds. Cropland expansion also results in extensive wetland drainage and loss of habitat for wetland-associated species. Therefore, current trends of land use and land cover change have raised subtantial concerns because of threats to native species and ecosystems. 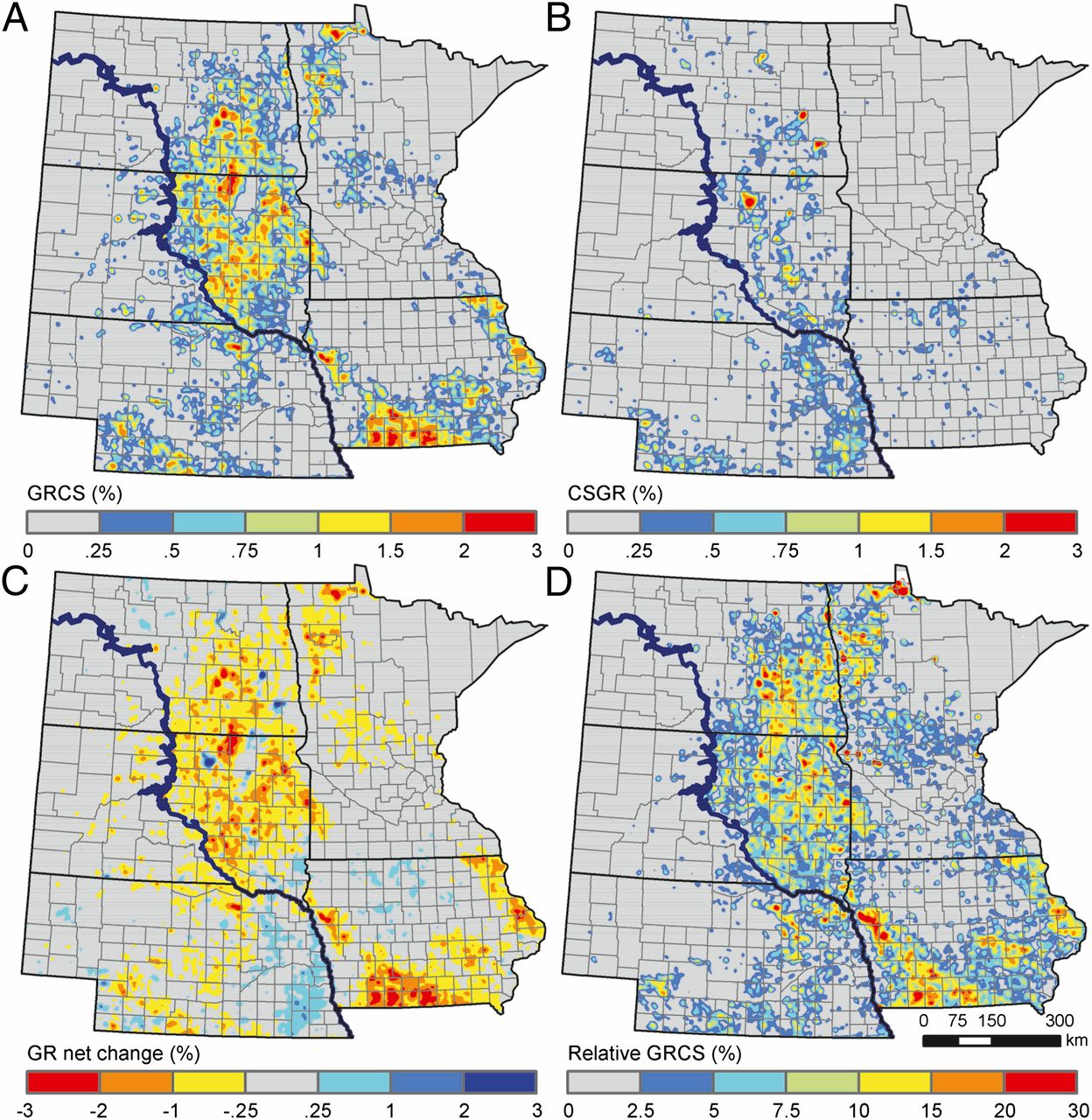 Our research group uses satellite remote sensing and geospatial analysis to measure the rates and spatial patterns of grassland loss throughout the region, and we study the drivers and ecological impacts of these changes. We found that more than 500,000 ha of grassland in the western Corn Belt was lost between 2007-2011 (Wright and Wimberly, 2013). Although most of the converted grasslands were former croplands enrolled in the conservation reserve program, nearly 20% were undisturbed native grasslands (Wimberly et al. 2017). Larger farms, younger farm operators, higher levels of farm income, higher proportions of rented croplands, and marginal yields are associated with higher rates of cropland expansion and grassland conversion (Wimberly et al. 2017). in eastern South Dakota, the remaining native grasslands are highly fragmented, with major habitat concentations connected by narrow corridotrs of “stepping stone” patches (Wimberly et al. 2018). Our current research efforts are aimed at developing improved methods for monitoring native grassland loss and supporting grassland conservation planning. 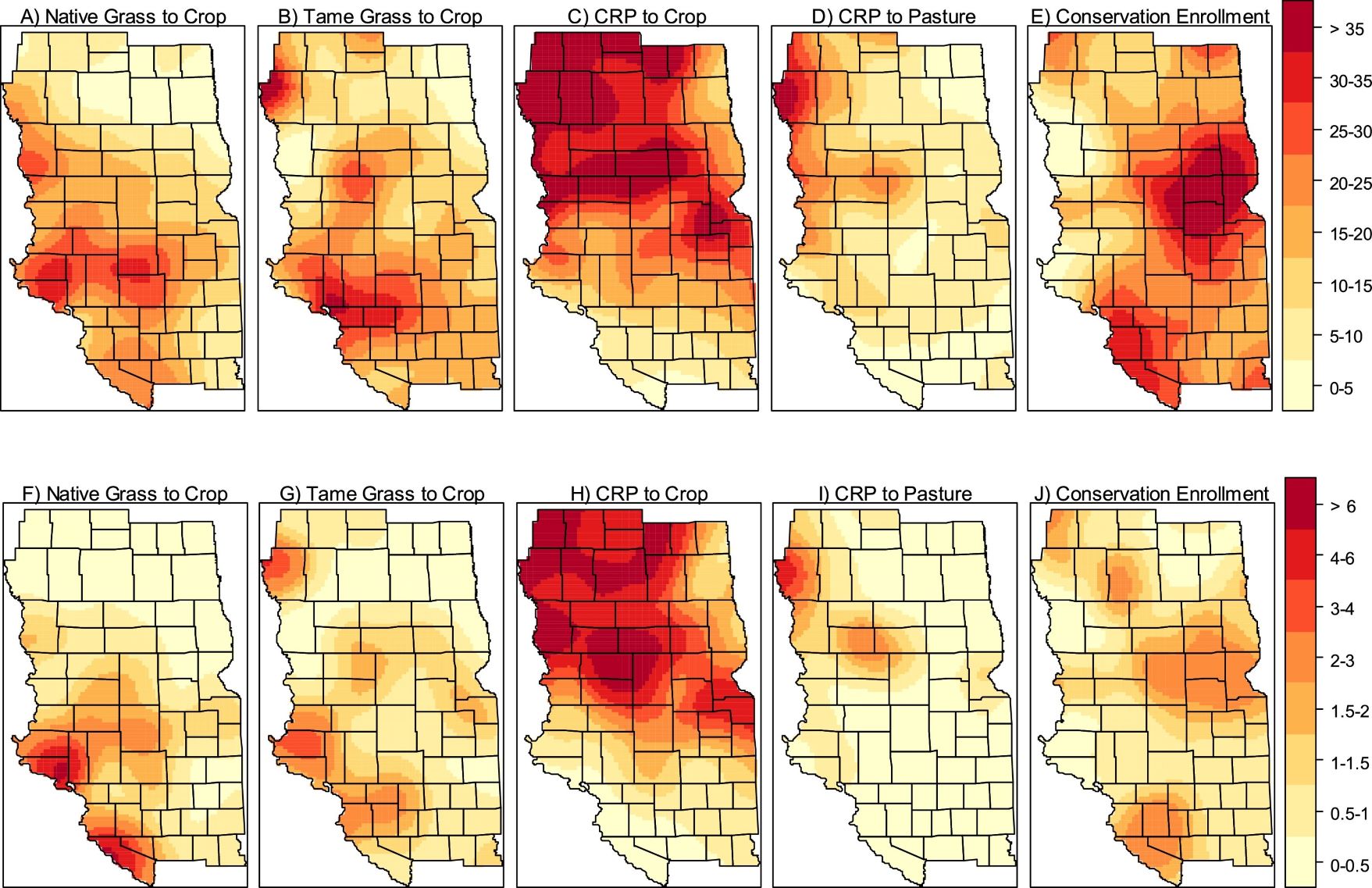 land use change in eastern South Dakota from 2004 to 2014 expressed as (A–E) percent of farm operators making the land use change; and (F–J) acres of land-use change as a percent of the total farmland acres in 2014 (Wimberly et al. 2017).