The Upper Guinean Forests of West Africa are among the most vulnerable of the Earth’s tropical ecosystems to human-driven environmental change. They are considered climatically marginal, having the highest temperatures and longest dry seasons of all tropical forest systems worldwide. The region is also under enormous pressure from a rapidly growing human population and its demands for agricultural production as well as wood and other forest products. As a result, much of the original native forest cover has already been lost and the remnants are scattered in isolated fragments. Although Ghana has maintained a substantial area of closed canopy forest in a network of reserves, these reserves are at risk from illegal logging combined with agricultural encroachment and wildfires. Our research group has used satellite Earth observations to explore the effects of these disturbances on forest vegetation throughout West Africa. 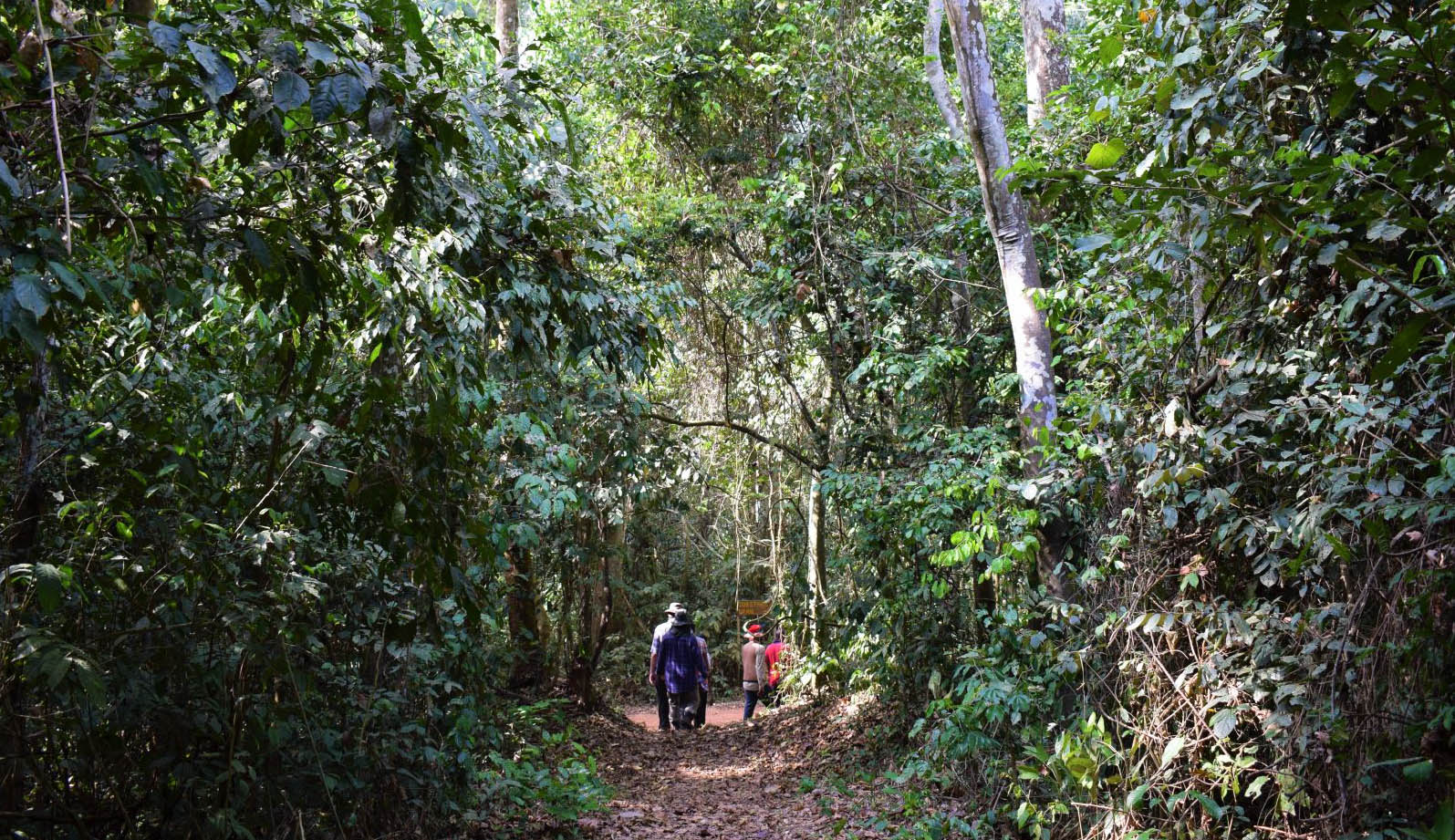 We used a 15-year time series of MODIS imagery to identify general patterns of decreasing woody vegetation and increases in herbaceous vegetation cover across the Upper Guinean Region (Liu et al. 2017). Over this same time period, fire activity generally increased in the forested ecoregions and decreased in the savanna ecoregions (Dwomoh and Wimberly 2017a). Patterns of active fire detections and burned area were strongly associated with vegetation, whereas the seasonasity and intensity of fires were more strongly associated with climate. In a smaller-scale study focused on several forest reserves in Ghana, we used Landsat data from 1984-2015 to examine patterns and drivers of forest change (Wimberly and Dwomoh 2017b). We found that forest degradation occured through a positive feedback loop of declining canopy cover and increasing fire frequency, leading to the establishment of fire-prone vegetation dominated by grasses and invasive shrubs. 2016 was an extreme drought year characterized by an unusually large extent of fire within the forest reserves (Dwomoh et al. 2019). We explored the association of pre-fire forest condition and area burned and found that reserves with a high proportion of degraded forests were more susceptible to wildfire than more infact reserves. Our current research is focused on developing the WAForDD system to generate annual maps of disturbance and recovery across all forest reserves in Ghana and using these data to explore the drivers and consequences of forest change.