Despite the considerable progress that has been made in reducing the global burden of malaria, the disease still poses a significant threat to public health in sub-Saharan Africa. Because the mosquitoes that transmit malaria are highly sensitive to temperature and humidity and require aquatic habitats for reproduction, the intensity of malaria transmission is determined in part by a variety of environmental factors. Our research has focused on understanding the drivers of malaria outbreaks in Ethiopia, emphasizing the effects of climate variation and land use change. We have studied the spatial and temporal patterns of malaria transmission in the Amhara region, analyzed the responses of malaria epidemics to climate variations, mapped regional patterns of wetlands and their effects on the distribution of malaria, and developed predictive models for malaria risk mapping and forecasting. 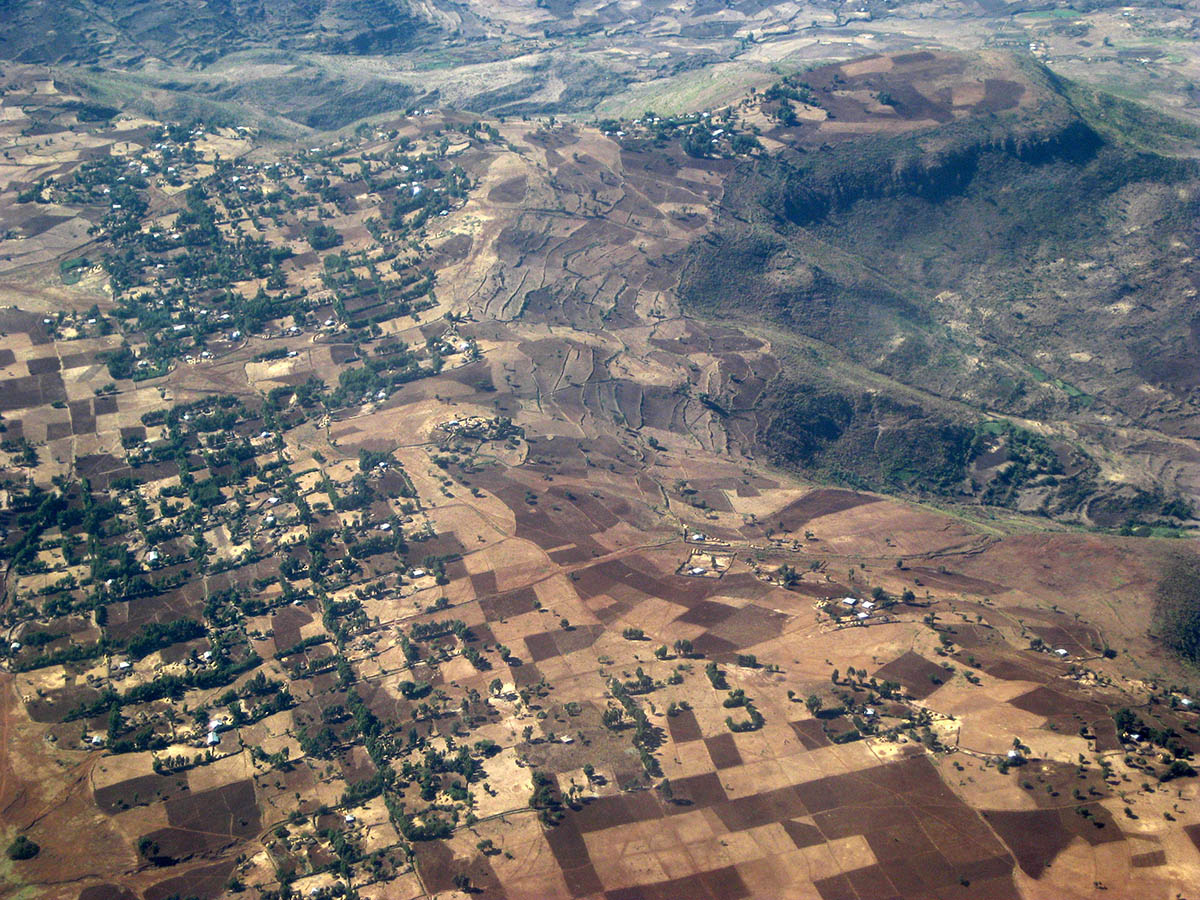 Rural landscape in the Amhara region of Ethiopia.

Historical malaria trends in the Amhara region exhibited broad-scale spatial synchrony, indicating sensitivity to regional climate anomalies (Wimberly et al. 2012). Increases in malaria cases occured following unusually warm and wet periods (Midekisa et al. 2012). These climate effects varied geographically with the prevailing climate. Malaria was most sensitive to temperature in the wetter parts of the Amhara region and most sensitive to moisture in the drier parts of the region (Midekisa et al. 2015). Wetlands are widely used as seasonal pasture and are an important habitat for mosquito larvae, particularly during the dry season. Malaria incidence was highest in locations with high wetland cover, and wetlands had a stronger influence on the geographic distribution of malaria than either temperature or precipitation (Midekisa et al. 2014). 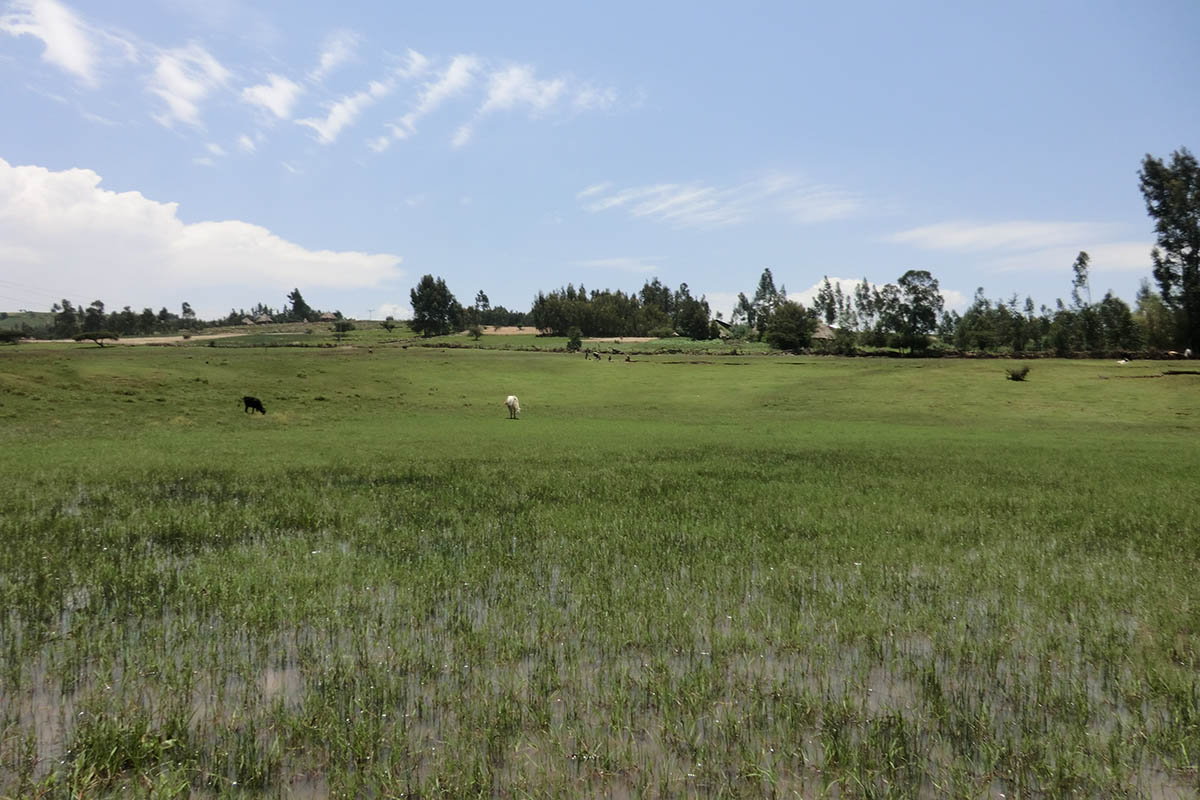 Wetland in the Amhara region of Ethiopia used as seasonal pasture.

Understanding the influence of climate variation on malaria transmission provides the basis for predictive modeling of future malaria risk. We have developed a suite of health informatics tools to support malaria forecasting, including systems for accessing and processing environmental monitoring data (Liu et al. 2015), a novel data-driven forecasting approach that uses genetic algorithms to select optimal spatial strata for implementing time series models (Davis et al. 2019), and applications for implementing malaria early warning systems and generating automated forecasts and reports (Merkord et al. 2017). These techniques have been incorporated into the Epidemic Prognosis Incorporating Disease and Environmental Monitoring for Integrated Assessment (EPIDEMIA) system, a set of open source-sofware libraries for malaria early warning. For more information, see our EPIDEMIA software page. We have worked closely with partners from Ethiopian public health agencies, universities, and non-governmental organizations to co-develop EPIDEMIA and generate malaria forecasts for the Amhara region of Ethiopia. We are now exploring the opportunities for scaling up malaria early warning to the national level in Ethiopia and other countries. 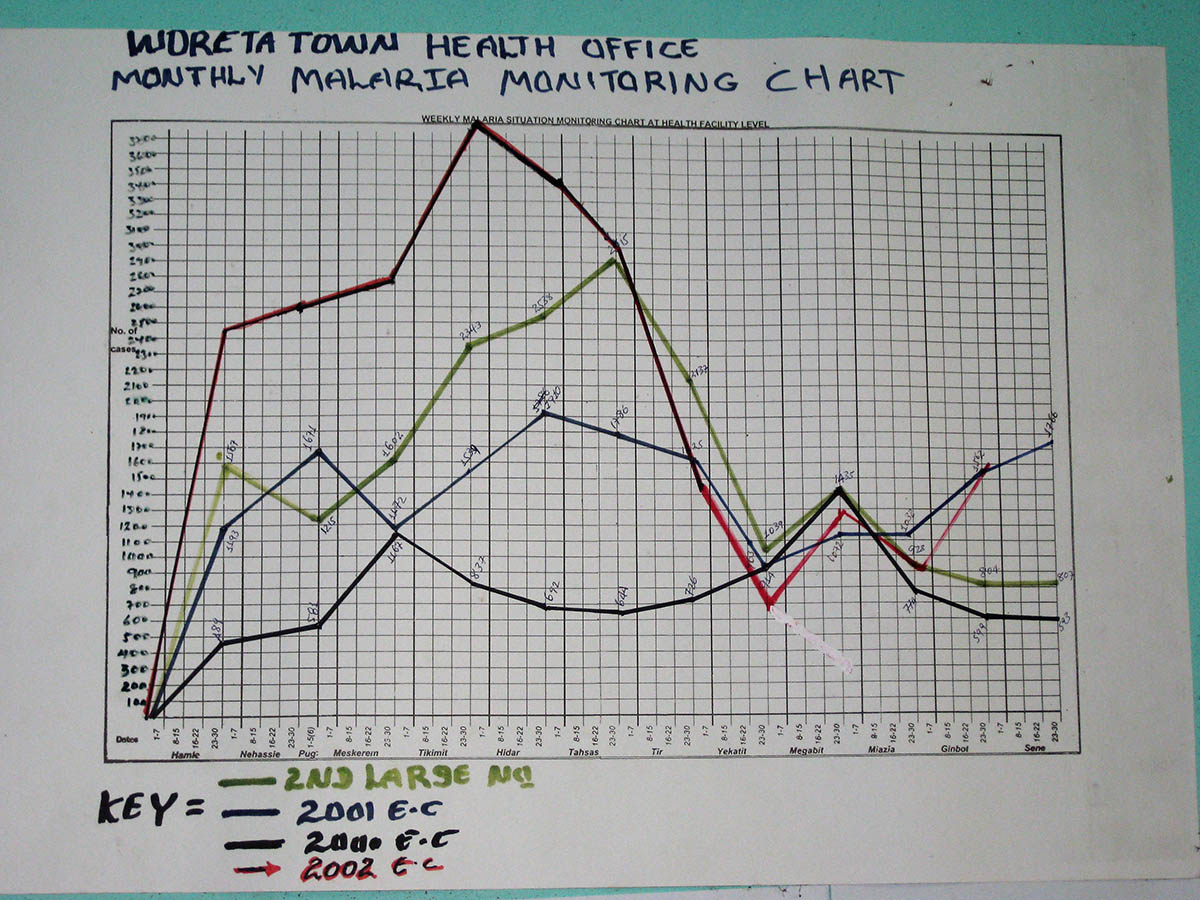 This research is funded by a grant from the National Institutes of Health, National Institute of Allergy and Infectious Diseases (R01AI079411). Development of software for acquisition and processing of earth observation data has also been supported by NASA (NNX11AF67G). Work on national-level scale-up of malaria early warning has been supported by a subcontract from the USAID ATLAS project (SUB-778).